History and derivation of the normal distribution. Touch, at least, the following three important perspectives, putting them into an historical context to understand how the idea developed:

The normal distribution as approximation of binomial

The normal distribution is also called Gaussian distribution in refers to Carl Friedrich Gauss, who first developed a two-parameter exponential function in 1809 in connection with studies of astronomical observation errors.This study led Gauss to formulate his law of observational error and to advance the theory of the method of least squares approximation.[4]

When we look at a standardized Gaussian distribution in the so-called Normal Error Curve you can see that the probability of any one measurement being a member of this particular distribution increases as the magnitude of z increases.[2] 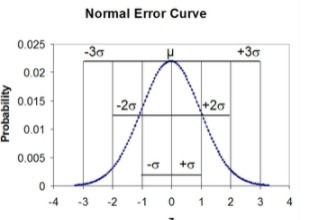 as limit of sum of independent r.v.’s (Laplace)

The first mathematician to extend the provenance of the normal distribution beyond the distribution of measurement errors was Adolphe Quetelet (1796–1874). He began his career as an astronomer but then moved on to the social sciences. Consequently, he possessed an unusual combination of qualifications that placed him in just the right position for him to be able to make one of the most influential scientific observations of all times. He made in fact an analysis on the chest size of the Scottish soliders: